The Charity's mission is to provide welfare and medical care for all the animals we are able to take in, the only limitation is the accommodation available. Where possible we aim to re-home domestic pets, but where this is not possible, they have a forever home with all our other resident animals at the sanctuary.

We do not operate a euthanasia policy. Euthanasia is only carried out by our veterinary service to prevent suffering. The sanctuary cannot accommodate exotic animals but will make every effort to advise people regarding organisations that will take them. We also offer an advisory service to members of the public regarding the care of, and respect for animals as sentient beings. We regard the education of children in this respect as paramount and are continuing to develop links with local schools.

All Creatures Great and Small was founded in 1992 by Vivienne Harris when she moved to Church Farm. Viv was passionate about helping animals and her love and concern for their welfare soon took over her life. It became clear that there was a real need for a place of haven for sick, abused, neglected and unwanted animals in the area. Over the next few years the number of animals at All Creatures grew significantly. Through Viv's hard work along with her volunteers, the sanctuary built a solid reputation for its dedication to animal welfare and All Creatures Great and Small became a registered charity in 2001.

Throughout her life, Vivienne campaigned passionately against puppy farming and along with other supporters, presented a petition to the Welsh Assembly. Vivienne was also passionate about wildlife and her rescues included foxes, hedgehogs and Owls. It wasn't long before she received recognition for her contribution to animal welfare, when she was invited to London to receive a prestigious award from the I.F.A.W (International Fund for Animal Welfare).

All Creatures Great and Small continued to gain recognition within its community which allowed the farm to help more animals and fundraise for improved housing and medical care. It also allowed the charity to employ regular staff to care for the animals.

In 2005 Viv's health deteriorated and she decided to retire to Bridgend. In 2009 Vivienne sadly passed away.

Over twenty five years thousands of animals have been taken in and cared for by our sanctuary. All Creatures Great and Small Animal Sanctuary would not exist without the dedication and passion of Vivienne Harris. The legacy that she has left will enable many animals in the future to have a second chance at a new home and a new life - the rest will always have a safe haven to live out their lives in peace and security. 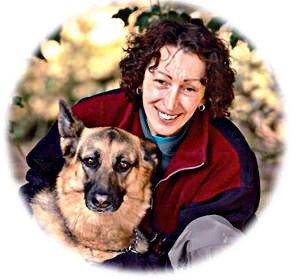